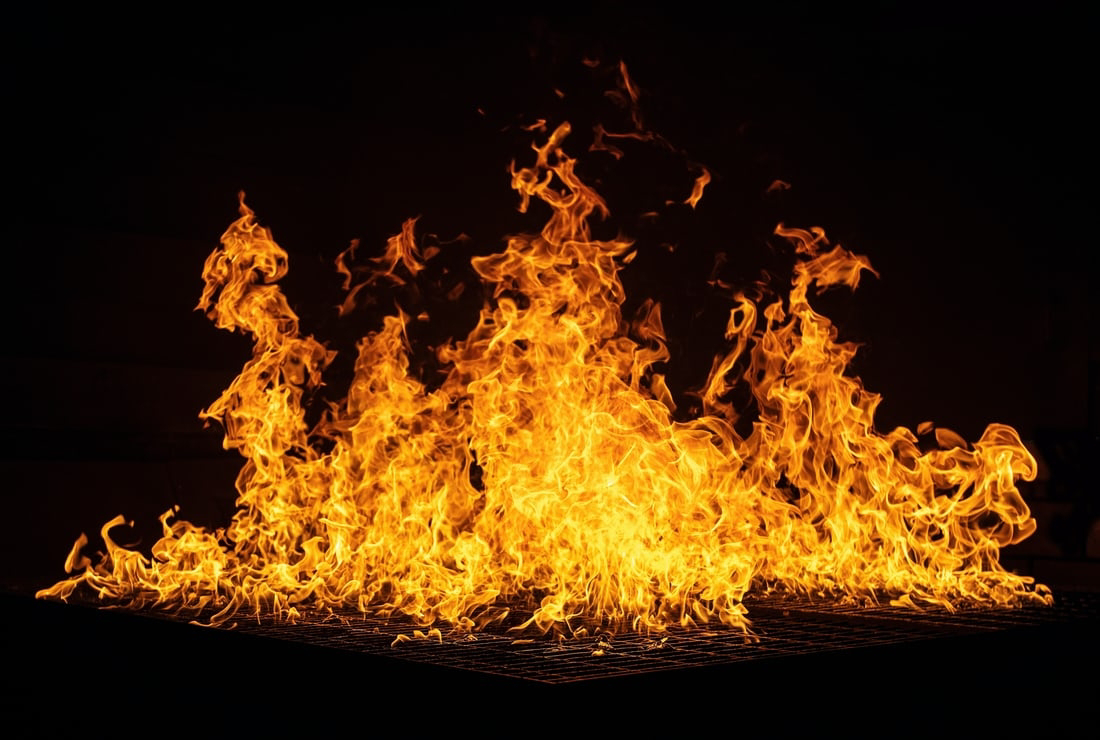 Last week we looked only briefly at the topic of hell, because my intention with last week’s sermon was to build up for you a glorious and encouraging image of the great destiny that we have in heaven. But we did look briefly at what we could call the ACDC theology of hell.

ACDC theology of Hell – The ACDC theology of hell, is the idea that hell is going to be a big party, and a fun time with all of the “cool” people. Now obviously we know this is ridiculous, because we know what the Bible says about hell, we read it last week, Revelation 14:9-11 – “9 And another angel, a third, followed them, saying with a loud voice, “If anyone worships the beast and its image and receives a mark on his forehead or on his hand, 10 he also will drink the wine of God's wrath, poured full strength into the cup of his anger, and he will be tormented with fire and sulfur in the presence of the holy angels and in the presence of the Lamb. 11 And the smoke of their torment goes up forever and ever, and they have no rest, day or night, these worshipers of the beast and its image, and whoever receives the mark of its name.” We know that hell is not a good place, but a terrible place, because we believe the Bible. But let’s meditate on the ACDC theology of hell just for a moment, and see if it makes any earthly sense. Cause these people believe their friends will be there too.

If all who reject the Lord go to hell, this means the worst oppressors the world ever saw, who did not repent, will be in Hell. Evil tyrants, corrupt and violent kings, Communist leaders, and Nazi leaders, just for a start. Hell will be filled with the pagan kings of old who terrorized the world, laid waste kingdoms, like Ghengis Kahn who burnt Baghdad, the largest city in the world at the time, to its foundations. Any of these men who did not repent will be there.

-        All of the worst serial killers who did not repent will be there.

-        All of the worst rapists, murderers, thugs, pickpockets, drug dealers and con artists, who did not repent will be there.

-        All of pornographers, abortionists, sexual deviants, and worse, who did not repent will be there.

-        Have you read how bad the ancient Assyrians were? Any of them that did not repent will be there.

So, when ACDC says, “My friends are gonna be there too”. Maybe that’s true, but Attila the Hun’s friends will be there too, and Hannibal the Conqueror’s friends, and Julius Caesar’s friends. Assuming they did not repent. I mean, maybe they did, maybe all of these people repented, how are we to know?

But assuming they did not, would you want to risk spending an eternity in their version of a party? That would be like an Aztec temple religious service. If you don’t know what that is like, think Indiana Jones and the Temple of Doom. Think horrible human sacrifice and torture. People more evil than you can imagine.

So, without even referencing the Bible we can easily see that the kind of people that go to hell, make it an undesirable place.

The Bible makes this clear as well:

Revelation 21:8, “But as for the cowardly, the faithless, the detestable, as for murderers, the sexually immoral, sorcerers, idolaters, and all liars, their portion will be in the lake that burns with fire and sulfur, which is the second death.”

Revelation 22:14-15 – “14 Blessed are those who wash their robes, so that they may have the right to the tree of life and that they may enter the city by the gates. 15 Outside are the dogs and sorcerers and the sexually immoral and murderers and idolaters, and everyone who loves and practices falsehood.”

So, the ACDC theology of hell can be rejected both logically and biblically.

Annihilationism – But there is another bad view of hell, that is incredibly popular that we need to deal with today, and that is the idea of annihilationism. Annihilationist’s believe that hell is eternal, but you do not suffer there consciously. Rather the sinner who is sent to hell is either destroyed on entering hell, or destroyed at some point after entering hell.

Annihilationists call the traditional view ECT or eternal conscience torment. Their view being Eternal Destruction or Eternal Annihilationism. This is an attractive view, and one you can understand people wanting to be true. There are even passages in the Bible that Annihilationists will use to seek and prove their view is biblical.

Isaiah 66:22-24 – “22 For as the new heavens and the new earth that I make shall remain before me, says the Lord, so shall your offspring and your name remain. 23 From new moon to new moon, and from Sabbath to Sabbath, all flesh shall come to worship before me, declares the Lord. 24 “And they shall go out and look on the dead bodies of the men who have rebelled against me. For their worm shall not die, their fire shall not be quenched, and they shall be an abhorrence to all flesh.”

The annihilationist will argue that since it is only those who are saved that will be resurrected, that these passages are saying that the wicked will simply cease to exist consciously in hell. They will suffer for a time, or suffer utter annihilation, and then be gone forever.

This view is incredibly attractive, and it is a heresy that pops up again and again in Church history. It generally comes to prominence in times of great liberalization of the Church. I think this is because as the Church becomes more liberal, it downplays sin more and more, and then eventually it downplays it enough, that people cannot handle what the Bible says about hell.

Annihilationists read the Bible backwards. The Old Testament did not have a fully developed theology of hell. Annihilationists prioritize the Old Testament verses over what Jesus and the Apostle’s said, but we are supposed to do the opposite. But even towards the end of the Old Testament time we see the New Testament ideas of hell coming into the Bible. For example, Daniel 12:1-3 – “12 At that time shall arise Michael, the great prince who has charge of your people. And there shall be a time of trouble, such as never has been since there was a nation till that time. But at that time your people shall be delivered, everyone whose name shall be found written in the book. 2 And many of those who sleep in the dust of the earth shall awake, some to everlasting life, and some to shame and everlasting contempt. 3 And those who are wise shall shine like the brightness of the sky above; and those who turn many to righteousness, like the stars forever and ever.”

How can those in hell be forever unconscious, or annihilated, if they experience everlasting shame and contempt? The clear answer is that they must be conscious.

Their eternal shame is contrasted with our eternal glory, we “shall shine like the brightness of the sky above” or as John Newton put, “bright shining as the sun.” And those who turn many to righteousness shall shine even brighter.

So, we can put these bad ideas to rest. People may go to hell with their friends, but it will not be the kind of atmosphere they were expecting. And the idea that people are just destroyed cannot be true, which we will prove conclusively as we go forward, and which the Old Testament itself even pointed to. So, let’s see what the New Testament tells us about hell.

If you want to hear this whole sermon titled: Hell Fire for the Damned, listen here.