The Golden Age of Women in the Home 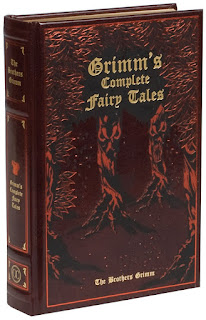 Supporting and encouraging mothers in the home is vital for the survival of our civilization.
From the introduction to Grimm's Fairy Tales:
"So why did the Grimm's call their book "Children's and House-Tales"? The answer is part of their liberal [read democratic] belief system. A lot of related tendencies - love of country, individual rights, and representative government - were tied up with the liberal cause. The people who championed theses ideas, and who benefited most from them, were middle class men like the Grimms - who had a good education, but didn't belong to the circles of aristocratic power, and who made their living in business or through their knowledge. Another belief that was common among the middle class had to do with the place of women and men in the world: it was a man's job to go out and earn a living, whereas a woman's place was in the home and with the family, having children and bringing them up as virtuous citizens. This is why, when the Grimm's father died, their mother did not find a job, as she might have today, but instead took care of their younger siblings at home. For her to work in the fields or do laundry or become a servant would have been seen as shameful, only something a lower-class woman would do. These scruples may seem silly to us today, but it was one way people like the Grimms showed that they were different from, and better than, those beneath them on the social scale and those of the upper classes. (Aristocratic women certainly didn't have to work, but they could still participate in public life and be influential through their wealth and connections.) To the Grimms, men were the producers of culture, whole women were the reproducers. Thus, "Children's and House-tales" to the Grimms, the tales mothers told their children were the storehouse of "real" German heritage, culture, and beliefs."
To summarize men went to work to provide for their families and build the societal structures to help the culture flourish, and the mothers passed this culture on to their children through education in the home and this ensured that the next generation were saturated in the traditions which ensured their culture would flourish.
If you are wondering why our culture has been so thoroughly inverted, twisted, broken down and decayed (to put it mildly), look not further than this one fact: the vanguard of our culture, ennobled women equipped and supported to educate the vast majority of our future leaders in the home, have been almost completely done away with, and now most men and most women both slave for the man in the workforce, and the raising of children is given over to complete strangers, who rarely share the values we hold dear. And often have values which are completely the opposite of what we hold dear.
Make no mistake, the idea of women being able to stay at home, and encouraged to do so, was not a state of oppression, but a short window of a golden age which we are fast losing. For most of history everyone worked for the man, and the middle class did not exist. We are fast seeing that golden age fade away, and the forcing of men and women to both work is part of the reason it is.
Note above: the idea of women being able to stay at home was once seen as a liberal (freedom encouraging) innovation of a highly successful society. Wicked people turned it into an insult, and an idea that many today believe, but are afraid to say publicly. Let's not let our society return completely to the age of everyone, man and woman, serving the rich, but instead create homes where passing our culture to our children is again a priority.