China Is Smarter Than Us 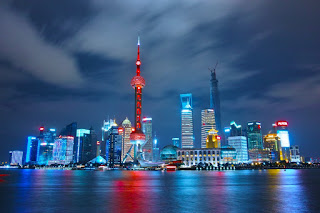 For centuries now the West has viewed itself as the premier civilisation in the world. With an abundance of scientific, exploratory, and extra-orbital advances under our belt, as well as untold prosperity that would have made Solomon himself marvel, the West has had good reason to see itself as leading the world. But things are changing, and they are changing quickly as the West leans heavily into decline.

Civilisational decline is a funny thing, you can look at examples in history of incredibly wealthy civilisations that just disappeared, for a variety of reasons. Some were just too weak compared to their neighbours. Some became grand empires and were eventually conquered by more powerful empires. And many were overcome because of the very prosperity that made them great. Why would something like prosperity weaken a civilisation? Because it can make you soft, effeminate, vulnerable, and forgetful of the competitive nature of our world. The very toughness you need in this world to succeed as a civilisation, can be softened by the success you achieve.

I probably do not need to convince you that this has happened to the West, and especially to western men. Most people are aware of the term soy-boy, that there are declining rates of testosterone[i], and that western men are getting fatter and less involved in sports and more inclined to just watch them. But the biggest indictment on western men, is how they have in many ways happily taken the backseat and become very passive as women advance beyond them in many ways. Masculine men do not do this. Men lead, and women find men who lead attractive and admirable. No matter what media propaganda says to try to convince you that men should take a backseat, it will always be true that women love their men to be leaders. The more successful a woman is, the more successful a man she will pursue, and there are fewer and fewer such men for these women, because western men are in a decline spiral[ii]

Perhaps the easiest way to illustrate the problem that the West is having with men, is this statement in the Toronto Sun, “More time for video games, less time for sex.”[iii] Western men are having less sex with women, and the second biggest reason for this is video games - the number one reason is they are drinking less.[iv] This was the finding of just one study. Another study found this little nugget:

Ever feel like you're competing with a PS3 for your man's attention? You're not the only Wii widow around: it turns out one in three guys would rather play video games than have sex with their partner, according to a new study. And the number rose to nearly 75 percent when the game was brand new.

The reasons given by the guys for the surprising preference ranged from the respondents saying their partners were "hard to please" and "not being as much fun," according to an article in U.K. newspaper The Sun on April 2.[v]

Come on guys, this is just sad. Really, really, really and I think this deserves another really, sad. This is not a knock on guys playing video games either, I enjoy gaming on occasion, when I have time. But men choosing video games over meaningful relationships with women, THAT is a disturbing trend. But is just one sign of a significant breakdown in western masculinity.

There are already declining birth rates in the West, already our population growth through national births in many western countries is barely at replacement levels. Men choosing not to even engage with women is a disaster. If single men were having less sex, because they were choosing chastity and pursuing a wife in order to have sex with her in a stable and loving marriage, that would be awesome. But having less sex because they want to unlock Dragonscale armour on their seventeenth playthrough of Skyrim, or earning enough credits to buy a virtual Ferrari in Forza Horizon 4, is a sign men are becoming far less masculine. Because masculine men desire women and pursue meaningful relationships with them. This is a big part of being a man.

We know this problem is just one microcosm of a much larger masculinity crisis the West is in right now. We are all noticing it, and no one has determined to try and turn things around, probably for a variety of reasons. But China, which is on the rise, and is likely seeing what has been happening to the West, are taking a different approach.

Rather than watch the slow erosion of their burgeoning society by the feminization of their men, they are actively seeking to push back against it, from within high levels of their government. For example one “…political advisor urged society to cultivate more boys to be masculine, strong-willed, sober-minded and physically strong with a firm political stance, in response to the complex international competition.”[vi] This is not very different to Paul’s command in Corinthians for men, ‘the brothers’, to act like men and be strong (1 Cor. 16:13), or his advice to Titus on the qualities leaders of the Church should have (Titus 1:5-8) - of course, except for the political aspect.

Rather than focusing on lifting up other nations through sending manufacturing and other industries overseas, and allowing rot to happen in their own societies, which the West has been doing for some time. The Chinese are advocating for encouraging their boys and their men to be the best the world has to offer,

The international situation will be complex and challenging, and competition among countries will become increasingly fierce, so the nation needs a large number of sober-minded, strong-willed and physically strong young men, but masculinity doesn't necessarily mean muscular, Zhang added.[vii]

This is a realistic analysis of the world. We have lived in such a time of peace and prosperity in the West, that in our comfort we have forgotten that there is an inherent competition in this world between nations. There is co-operation as well, but weak societies throughout history have been viewed as targets by stronger societies. Think of how the prosperity of the peaceful Mediterranean medieval societies was viewed by the rising Viking nations, as just one example. This is just a reality, we can wish and work for peace, but we need to recognize that other nations get a vote on this as well. Society needs strong and good men who are aware of what this world can be like, to be its leaders.

Compare the Chinese response to feminized men on the screen, to what we say here in Australia,

However, in recent years, male "feminization" has had a negative impact on teenagers' aesthetics, health and values, which could mislead young people to develop a low willingness and enthusiasm to defend their country and participate in social development, Zhang said in criticizing such trends.

Many carefully made-up and dressed-up…and feminized men have been showing up on screen, Zhang said.

In essence, this feminization reflects a sense of escape and the timidity of some young people who fear normal marriage and love, leading to abnormal values placed on love and marriage, and this will eventually cause a decline in the birth rate, Zhang warned.

Once feminization becomes the mainstream, it could accelerate the change of the demographic structure and cast a shadow over the future of the country, Zhang pointed out.

While Australian culture becomes more and more obsessed about not offending, being too afraid to criticize what are touted as “alternative lifestyles” and declining as a result. China is watching us and the rest of the rest of the West and the effects this is having. Chinese political leaders are correctly seeing how these demographic trends can have devastating effects for your society, if left unchecked.

In response to the "unhealthy trend," Zhang said restricting media and entertainment circles from promoting feminized male images. Authorities including the National Radio and Television Administration should be more cautious in reviewing and approving productions, Zhang said.

The country can encourage the release of more films and TV dramas with masculine male characters, to follow the majestic and magnificent times, Zhang said.

In other words, they are encouraging boys to grow to be strong, masculine men, leaders. A noble, civilisation building, goal. This is reminiscent of the Chivalry codes of the old West, which were designed to both encourage male strength and harness it towards the good of society. We may not agree with China on a lot of things, but this they are trying to get right.

And it is not just one man who has observed all these issues,

At least four political advisors and lawmakers have recently made similar proposals. The others are Xiong Sidong, principal of Suzhou University and also a deputy at the 13th National People's Congress, and Zhu Yongxin and Si Zefu, members of the National Committee of the CPPCC.[ix]

In fact, the Chinese education ministry has put together ‘The Proposal to Prevent the Feminisation of Male Adolescents’ which has

called on schools to fully reform their offerings on physical education and strengthen their recruitment of teachers. The text advised recruiting retired athletes and people from sporting backgrounds - and "vigorously developing" particular sports like football with a view to "cultivating students' masculinity".

The BBC were keen to point out that many Chinese social media users were offended at the push, noting examples like this, “"Is feminisation now a derogatory term?" one Weibo user asked, receiving over 200,000 likes.[x] Another said: "Boys are also humans… being emotional, timid or gentle, these are human characteristics."[xi]

Such a criticism would cause many western politicians to fall over themselves apologizing for their unintended offense. Being gentle is noble, Jesus was gentle, King David used his strength to shelter lambs. But feminization is a bad thing for boys, as is masculinization a bad thing for girls. When did this become controversial? Boys and girls are different, designed for different roles in society, and men being strong and capable of defending their nation, if it is needed, is an important aspect of masculinity.

The Chinese are smarter than us for ignoring the cries of social media complainers, netizens as they are called, and instead are actively bringing into place policies to combat the feminization of boys. We should be doing the same. There is much talk in the media about being prepared for future encounters with rising world powers. Well less jumpsuits for pregnant female pilots and more encouragement for young men to be masculine, to love their country and want to see it remain safe, is a fundamental need of any strong civilisation.

Kudos to the Chinese, on this one their leaders are right.