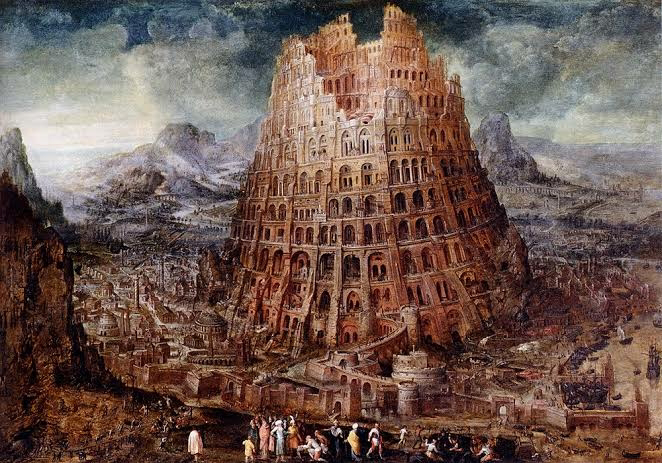 Abortion Advocates: The Would Be Heroes Who Are Actually Villains 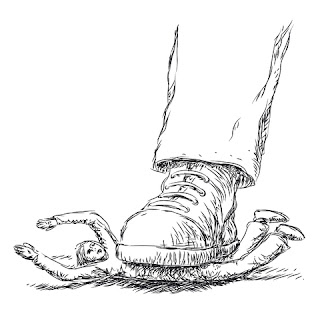 There are those amongst us who present themselves as heroes, often view themselves as heroes, and expect others to account them as heroes. Movies are made about these people. News articles talk about them as if they were the great liberators of the modern age. Actors and Actresses in Hollywood lionize these people. Who are they really though? They are the intersectional "heroes". Tearers-down of power structures, and they are obsessed with power politics. What do I mean by this?

Intersectional thought, is a realm of discourse that deals with people’s intersecting identities and ranks people’s access to power and privilege based on those intersections. An example would be a blind, lesbian, black woman. Because this woman’s experience intersects with differing degrees of “marginalized” experience, she would rank high on the oppression index, as compared to say a straight Asian man, and therefore she would need to be suitably recompensed, by a repentant society.

We are all familiar with the results of intersectional thinking: quotas for women on board rooms, quotas for diversity in university enrolment, the military and police force, also indoctrination programs like safe schools or “respectful relationships”, and many other aspects of our modern society have been infested with this kind of thinking. Just watch the ABC show talk show The Drum, and you will get to see intersectional thought play out in real time.

Power politics is an integral part of intersectional thinking. It deals with the concept that those at the tops of power structures will often use extreme means, including violence (which is now being defined as types of speech) to hold onto power. Examples offered are easily recognisable: slave owners beating slaves, domineering men abusing their wives, apartheid, militarized police, and symbolic violence like lower wages for those less privileged, etc, etc. All of these examples are used to seek to pull down the “patriarchy”, but many of these things are illegal, harshly punished, some, like slavery, are banished from the West, at least legally speaking, long ago. None of these things is celebrated today.

Like all good lies, intersectional thinking is connected to some truth and the concept is easily understood. The powerful will often crush the powerless to hold onto power. Power politics is real, and some people seek to abuse their power. Intersectional thought leaders, or what we call progressives, will often align themselves with those whom they consider “oppressed” and state that they oppose the powerful. And let’s be honest, the powerful do some very wicked things.


For example, what Herod did to the innocent boys of Bethlehem, slaughtering them to hold onto his power. The Feast of the Innocents remembers this tragedy every year on December 28. It was a horrific event.

But a more potent example, because it is still around today, is feminists crushing their unborn children to maintain their power. No one is more powerful than the person who can kill with impunity, and even be celebrated, rather than punished. That is true power, and used for genuine harm. That is true privilege, beyond any other kind in existence today, in the West at least. Yet feminists are the ones pushing the intersectional thought policing of society. They present themselves as the destroyers of power, yet they exercise a power over life that the abolitionists of slavery thought they were eradicating once and for all: the ability for one human being to utterly dominate another for their own gain.

Will 2020 be the year, finally, where intersectional thinking is turned towards the last true fortress of unabashed power over the other, displayed in the West: abortion? I hope so. But I also seriously doubt that it will.

These people will continue to present themselves as heroes, when they are the exact opposite. They are the example of the most naked display of the wicked abuse of power in existence in this world. At every honest appraisal of the intersectional hierarchy, innocent children are the lowest on the totem pole: they cannot speak for themselves, they are innocent, they rely on their mothers for all sustenance, they cannot see the world around them and it’s harms, they have no means, and I mean none, of self-defence, they are represented in the legal code as less than human, at the whim of their mothers feeling any given day in her pregnancy. They are the ones who should most be recompensed, because they are the most disadvantaged. All they want is life. Yet the very opposite is the experience of too many of their kind. 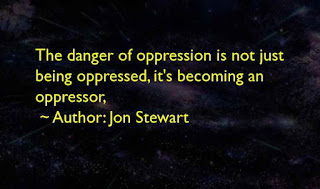 If there was ever a group in society which intersectional thinking should seek to liberate, it is the unborn. But their ardent refusal to do so, exposes their true goals: access to power, access to power they imagine every white, Christian male, has, but actually a power that only very few people in history have ever actually had, or even wanted. Most people just want to live their life, free of harm, not have the power of life over another. Yet this is the power the intersectional feminist has laid claim to.

If the goal of the progressive truly is about pulling down power structures, isn't abortion the most glaring example today of corrupt power?

The modern world is teaching everyone a simple lesson: power politics is a real thing, and the genuine oppressors are not who they thought. 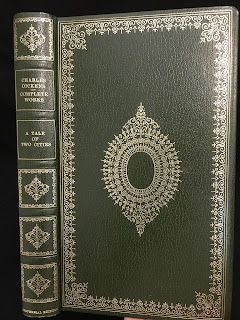 Some of the books I read last year:
John Locke's: Two Treatises on Government.
J B Bury's: A History of the Freedom of Thought.
Hellaire Belloc's: The Jews (dedicated to a Jewish woman, the author had deep affection for. He actually predicted the holocaust, and the holodomor, and tried to prevent both with his book).
Alexander Solzhenitsyn: Two Hundred Years Together, (a must read to understand who the Bolsheviks really were, and how internationalism harmed Russia and the World).
A J P Taylor's: The Origins of the Second World War (mandatory reading for a rudimentary knowledge of why it began, according to Oxford at least).
Charle's Dickens: A Tale of Two Cities.
Martin Van Creveld: The Privileged Sex (why women always have been, always will be, and indeed must be the privileged sex).
William S. Lind: On War (so, very good, read it).
Karl Marx: The Communist Manifesto (2nd or 3rd time I've read it, had to refresh for an article I wrote).
Jordan Peterson: 12 Rules (had to read it for accuracy and credibility's sake on an article I published).
Stephen Meyer's: Debating Darwin's Doubt.
Peter Schafer's: Jesus and the Talmud. (a Jewish scholar's perspective).
Martin Luther's: On the Jews and Their Lies.
The Unseen Realm: Michael S Heiser.
Walton: Genesis Commentary: Christian academia has been overrun by the same globalist nonsense the rest of academia has been infected by. Which is sad.
John Marshall: John Locke, Toleration and Early Enlightenment Culture.
Oh and the correspondence between John Locke and Philippus Van Limborch, two men who shaped our modern world.
(Still reading: Aristotle's Rhetoric, Marcus Aurelius' Meditations, Faxneld's Satanic Feminism. Grimm's Fairytales, Greuber's Norse Mythology and Creveld's Equality: The Impossible Quest).
And other books, countless articles, and more.
The highlight was William S Lind: Because of his insight into 4th generation war, which will effect us all in the coming century.
The most informative was Solzhenitsyn. Why? Because it shows how much our western media lies about how and why the Russian Revolution actually happened.
The best Christian theology book was Heiser's Unseen Realm. Why? Because it opened my eyes to God's majesty in amazing ways.
The most controversial book: Luther's on the Jews. Too many people talk about this book without reading it. They should stop talking about it, they know not what they are saying. Read controversial books while you can, it is only a matter of time before the Bible is added to the list of too controversial in some parts of the West.
Most heartwarming book: Easy, Dicken's Tale of Two Cities. The guy was a literary genius, and a true man of God. Boy we have lost so much of our Christian heritage. The book illustrates the greatest love; to lay down one's life for one's loved ones.
Worst Book on the list: That's an easy pick: Peterson's 12 Rules. But hey, to be fair there are some real historical greats on this list.
Biggest Lesson I learnt: The forces of evil are constantly seeking to rewrite history, twist Christianity, and make us forget who we really are in the west, and most westerners don't care, and blithely let it happen.
Look forward to finishing the books I'm reading, and reading more in the new year. Too many books, not enough time to read.
What's on your list?
Posted by Matt at 11:56 No comments: