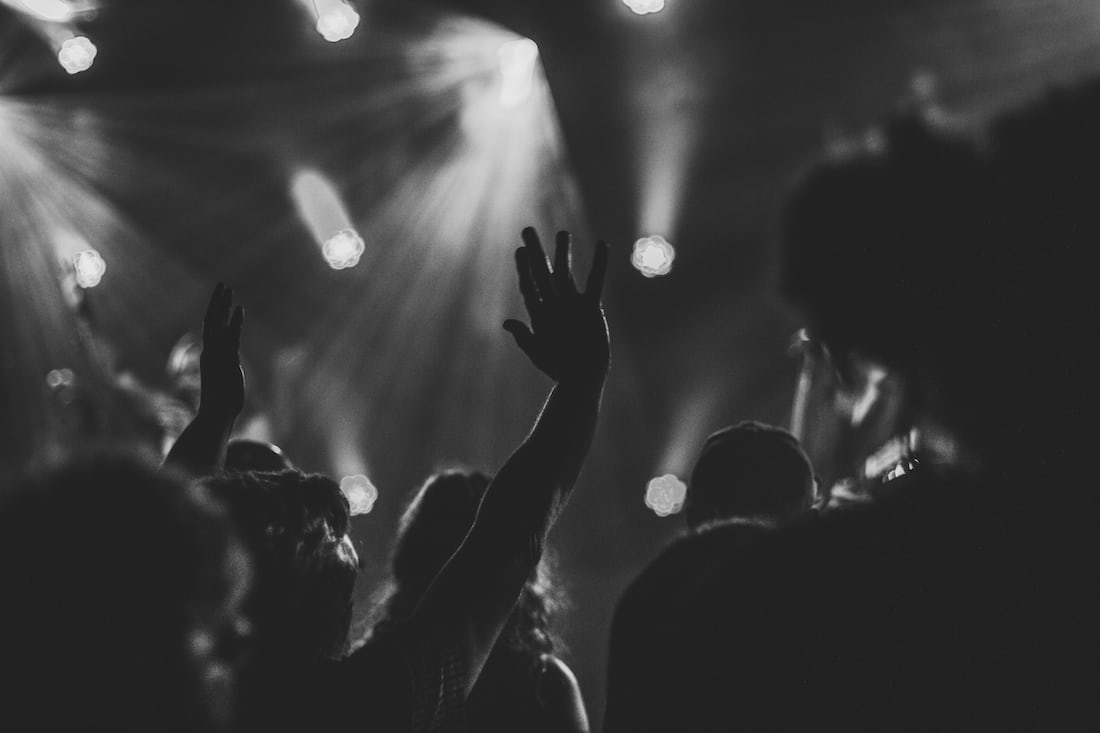 As a pastor I am probably not supposed to say this, but a lot of modern worship is so lame, and increasingly so. There is the really bad stuff, which I am not even going to bother and address. There has always been bad worship because writing a good song requires talent, giftedness, inspiration and consideration, and so much worship music is pumped out at such a consistent pace that there is no way every song can be good. It is like any other mass-produced media.

But, what I really find frustrating and boring, is how so much worship is based around the same limited themes. And THEY ARE GOOD THEMES, there is nothing wrong with the themes. Singing about the love of God, grace, closeness to God, forgiveness, and such, are all good things, sometimes modern songs branch out into singing about the holiness of God and also a vague unspecified victory that we have. These are all wonderful things. There is nothing wrong with any of these things, in fact, if your church is not singing about them, then your church is seriously deficient and genuinely wicked. The problem is not the themes, the problem is the limited imagination of the modern worship industry, song writers and church music selections teams. The Bible has much more to say than they appear to realise, but they are fixated on just a few themes and a similar narrow band of music choices to accompany them.

Every new worship song that comes around is basically just a different version of the exact same themes as the last popular worship song, and some of them are better than others, some are catchier than others. But the repetitive nature of singing about the same things in slightly different tunes is enough to drive the thinking mind mad. Now, I hear some of you saying, but the point of worship is to lose yourself in the moment, not think through the lyrics. This is wrong, just plain wrong. Christian worship is supposed to be an all of body experience, not an out of body experience. God has redeemed the body, mind and the soul, and he wants our thoughts directed to him,

“18 And do not get drunk with wine, for that is debauchery, but be filled with the Spirit, 19 addressing one another in psalms and hymns and spiritual songs, singing and making melody to the Lord with your heart, 20 giving thanks always and for everything to God the Father in the name of our Lord Jesus Christ, 21 submitting to one another out of reverence for Christ” (Eph. 5:18-21).

To be filled with the Spirit is to be the opposite of drunk, it is to be thoughtful and considered, so that you can gives thanks for all that the Lord has done for you. Never branching out on to new themes causes the mind to become numb to the worship.

For the thinking person, singing the same themes over and over and over again, gets kind of boring. It starts to take the life out of worship. I am not even against regular repetition in worship, either. Repetition is a necessary instruction strategy, it helps people really remember things and allows teaching to sink in. My issue, is that I know the Bible speaks about so much more than just the few themes worship song writers believe exist. The problem is not the repetition, the problem is the narrow scope of what is being repeatedly sung. Across a sermon series, or segment of the liturgical calendar, sure, focus in on certain themes, but then highlight others at other times. Mix it up, like the Bible itself does.

Worship is supposed to be instructive, as well as contemplative and emotive. Therefore, worship songs need to address the whole host of teachings we have in the word of God, to really build a whole and complete praise and worship repertoire.

This has been done in the past, let me give one example, Petra’s, Angel of Light. Look at these awesome lyrics:

“City lights are flashin', they call you to the streets
Hearts are filled with passion in everyone you meet
The Boulevard is waitin', it wants to get you high
Neon signs are waitin' to sell you anythin' you want to buy

But I know your devices, it shouldn't seem so odd
You lied from the beginnin', I see through your facade

Angel of light, I see you glow in the night
But you only bring darkness to my soul
Angel of light, you're tellin' me wrong is right
But I won't let your evil take control

But I know where you're going, too bad you're not alone
If it wasn't for the real light, I might have never known

Angel of light, I see you glow in the night
But you only bring darkness to my soul
Angel of light, you're tellin' me wrong is right
But I won't let your evil take control

You got the clergy workin' overtime to widen the narrow way
You've got politicians everywhere listenin' to what you say
You've got false apostles teachin' lies, perverting the only way
You've got principalities and powers waitin' to obey

You've got philosophies and vain deceits lyin' to deceive
You've got hate and greed, ungodly lusts in the deadly web you weave
Somehow you've got so many thinkin' you're not even there
One look is all it takes to get them blinded by your glare

Angel of light, I see you glow in the night
But you only bring darkness to my soul
Angel of light, you're tellin' me wrong is right
But I won't let your evil take control, oh no

This is a cool song, a powerful song. If you were to ask a modern worship song writer to pen a song about how the evil one works, and how we will not give in, you would likely get something very generalized, very platitudeness, and very bland. And it would fit into the similar tune as the rest of the worship songs that are being sung.

But this song has punch, it is morale building, it gets you pumped, and it deals with many of the real things people will encounter in this life that the devil throws at them, including, corrupt politicians whose real loyalty is to the devil. A theme which is massive in the Bible, but basically extinct in modern worship and teaching. Yet something people encounter every day, which actually effects their lives. As with all the other schemes mentioned in this song.

Now, I know people some people will say, “That’s not a worship song, that’s a rock song”. But people sing similar style songs every Sunday, and secondly, any genre of music done right can help you worship God. This song brilliantly mocks the idea of the Devil presenting himself as an angel of light, when he actually displays darkness. People need to be drilled on this important teaching, because many are deceived by this false light every day.

I wouldn’t even play a song with themes like this all the time. I would use it when appropriate. But should not worship music incorporate more of the themes the Bible itself incorporates?

David managed to fit these kinds of themes into worship songs, for example, Psalm 64:

“1 Hear my voice, O God, in my complaint;
preserve my life from dread of the enemy.
2 Hide me from the secret plots of the wicked,
from the throng of evildoers,
3 who whet their tongues like swords,
who aim bitter words like arrows,
4 shooting from ambush at the blameless,
shooting at him suddenly and without fear.
5 They hold fast to their evil purpose;
they talk of laying snares secretly,
thinking, “Who can see them?”
6     They search out injustice,
saying, “We have accomplished a diligent search.”
For the inward mind and heart of a man are deep.

7 But God shoots his arrow at them;
they are wounded suddenly.
8 They are brought to ruin, with their own tongues turned against them;
all who see them will wag their heads.
9 Then all mankind fears;
they tell what God has brought about
and ponder what he has done.

10 Let the righteous one rejoice in the Lord
and take refuge in him!
Let all the upright in heart exult!”

Why can’t modern worship song writers? I suggest, it is because they get their theology from motivational sermons and other songs, not a deep reading of the word of God. There are so many biblical themes that just do not exist in modern worship, and the Church is poorer for it. Much poorer. Don't get rid of the good themes the Church already does so well, just draw from more of the Bible than it currently does.